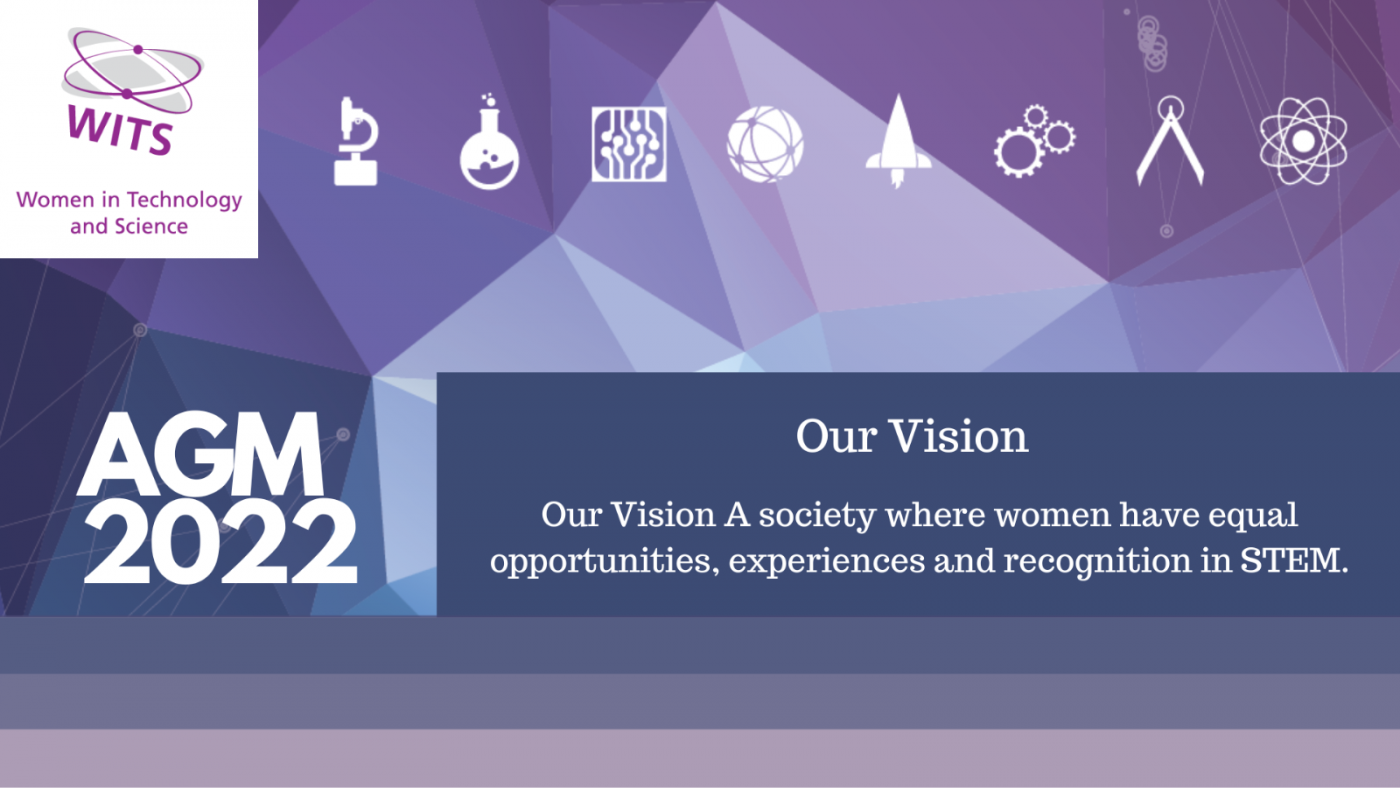 The 2022 WITS AGM took place on Saturday 26th November 2022 at the Radisson Blu Hotel, Golden Land, Dublin 8 and online via Zoom. Thanks to all who attended from around the country. Here are some notes of the meeting.

As outlined at the 2021 AGM the Executive focused on 4 pillars of work. They are:

WITS continued to create and promote events such as the Coaching Series in the first half of the year, the recent Student Series, the Coffee Catch Ups and the WITS Reads book club. There were events with partners e.g. the AWS/WITS Student Career Panel in April and a Career Event with Women+ in STEM UCD in November.

WITS was a partner of the Inaugural Women in STEM Summit held at Croke Park in Dublin on 30 March 2022.

The Role Models in pSTEM project launched at UCD in May with WITS as one of the partners led by Julie Hogan WITS Chair 2017-2020.. The project, funded by the HEA Gender Equality Fund, was led by Dr Aoibhinn Ní Shúilleabháin and Dr Catherine Mooney of UCD, both WITS members.

The 2022 Officers and Executive and all who worked for WITS during the year were thanked.

The 2023 Chair is Dr Andrea C Johnson and the Officers and Executive are here. Plans were outlined for 2023: